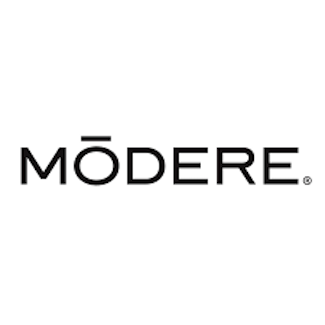 Our Take on Liquid Biocell: See if It’s Right for You

A few months ago, I sighed as I saw myself in the mirror.

I was seeing many signs of aging quickly, including gray hairs, bags under my eyes, dry skin, and wrinkles.

Every woman wants to feel and appear young forever, right? So, after seeing my old self in the mirror, I decided to try and find a way to maintain a youthful appearance.

There is a $60B global anti-aging product market full of hundreds of products that promise to assist individuals delay aging.

I did a lot of research on many of these products and ultimately chose to try Modere Liquid Biocell – one of the more well-known anti-aging products on the market – to help me look younger again.

What Is Modere Liquid Biocell?

Modere Liquid Biocell is a line of nutritional supplements that claim to offer users several health benefits, including:

It’s produced by Modere, a business that has been making and distributing cosmetic and health supplement products since the late 1980s.

The well-known brand defines its product line as “a new approach to modern health” and “clean lifestyle products.”

In addition to being present in the United States, where Modere produces its goods, the company also has operations in Europe, Canada, India, Australia, New Zealand, and Japan and exports its products worldwide. They assert that they have more than a million devoted consumers globally.

Through their website, Modere directly sells to consumers their line of cosmetics and supplements, which includes the popular weight loss supplement Modere Trim.

The four varieties of Modere Liquid Biocell sold, Modere Sport, Modere Pure, Modere Life, and Modere Skin, come in 450ml bottles and have various flavors, including vanilla, chocolate, mango, and lime. Except for Modere Liquid Biocell Life, which is also available as a chewable pill, all are liquids.

Modere Liquid Biocell has won numerous accolades, which may be a sign that it does support healthier, younger-looking skin, healthy hair, and nails, lessen joint pain, and much more.

How Does Modere Liquid Biocell Work?

I consumed a tablespoon of the syrup each morning and evening while trying out the product. Taken in this manner, a month’s supply of Modere Liquid Biocell will require two 450ml bottles.

Collagen, which is present in the bones, tendons, muscles, cartilage, connective tissue, and skin, is the most prevalent protein in the human body.

It is made by the body naturally, but you can also acquire it through foods like fish and chicken skins, as well as from nutritional supplements. Your skin, joints, bones, muscles, hair, and other body parts depend on it to stay healthy.

Your body produces an enormous amount of collagen when you’re young, which makes you appear and feel young.

This is what brings on the aging signs like thinning hair, the body feeling stiffer, and dry and saggy skin.

Smoking 2, eating meals that are highly processed or high in sugar, excess sun exposure, a poor sleeping habit, lack of exercise, and excessive alcohol consumption 3 can also reduce collagen formation and speed up the aging process.

According to multiple studies 4 using collagen supplements for a few months can enhance skin suppleness, lessen wrinkles, and prevent or reverse other aging symptoms.

Although the body naturally produces this substance, many people take supplements that contain it to combat osteoarthritis symptoms 6.

Osteoarthritis is a chronic condition of the joints that develops as the cushioning between the bones wears out, causing the bones to rub against one another. This results in discomfort, pain, and an increased risk of fracture.

Before spending your hard-earned money on Modere Liquid Biocell, I’m sure you want to know if it really does offer the health benefits it advertises. The answer is yes, it does!

These three things have led me to believe that this dietary supplement is effective.

I saw a significant improvement in my skin after using the Modere Liquid Biocell Life for a few months. It no longer feels dry, and I have fewer wrinkles on my face and body.

After regularly using this supplement, the occasional pain in my wrist and ankles has also vanished. I didn’t notice it right away, but my lashes are getting thicker, and my nails are getting longer, stronger, and growing faster.

All of these changes have convinced me that Modere Liquid Biocell lives up to its promises.

Within 12 weeks of using the product, a clinical trial including 128 participants found that Modere Liquid Biocell enhanced the skin in many ways, including minimizing facial wrinkles, offering a more even skin tone, enhancing skin hydration and elasticity, and providing a more youthful look overall.

After using this supplement for 70 days, another clinical trial 8 with 80 subjects discovered 40% had better joint health.

I spent hours researching Modere Liquid Biocell online before I started using it, and most of what I found were reviews from users who were pleased with the outcomes they experienced after using all four varieties of the product: Pure, Skin, Sport, and Life.

“I gave this product a fair shot and used it for three months and noticed a couple of things. My hair has never grown so fast and it has thickened, more full skin (more plump), and easier movement … I haven’t had joint issues but can feel the collagen and hyaluronic acid impacting my movement, so it is swifter.” Latka

“I originally got this because I was told it would help with hair growth. And it absolutely did! I have a whole bunch of baby hairs sprouting on my head. The taste took a little while to get used to.” Camille

“I like the product. I wish it wasn’t so expensive.” Annie

“I used this product for joint pain. It works very well.” Mary T

“After using Biocell for approximately a month, my skin has gotten less dry and brittle. In addition, I’ve noticed some new hair growth.” Savannah

As with any product, Modere Liquid Biocell doesn’t satisfy everybody.

“I noticed no difference.” Lisa

“I have been using this for about two weeks. I really don’t see any difference.”  Tammy

“Sorry to say I did not see or feel any results.” Disappointed

From my experience, Modere Liquid Biocell is definitely worth purchasing despite the conflicting reviews. I believe you’ll get good results if you use it as recommended regularly. 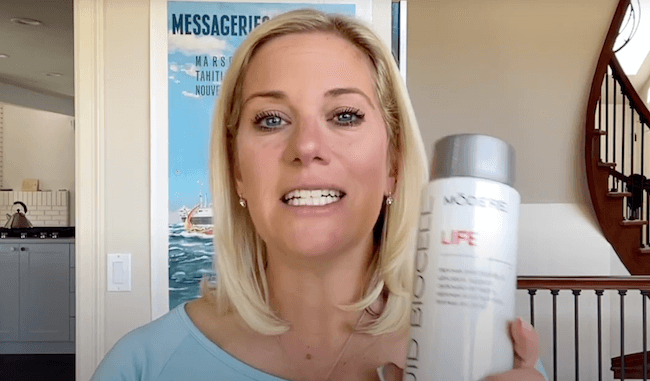 What Are the Pros and Cons of Using Modere Liquid Biocell?

Where Can You Buy Modere Liquid Biocell?

The Modere website is the best place to purchase Modere Liquid Biocell if you decide to give it a try.

You can also purchase the item from third-party websites like Amazon, but Modere does not recommend doing so because they cannot guarantee the freshness or quality of products sold elsewhere.

There are several benefits of purchasing Modere Liquid Biocell through their websites. By taking advantage of their $10 first-order discount, for example, you can save money.

If you sign up to get the product every month, you can additionally save 15% and receive free shipping.

Liquid BioCell is currently $139.99 for a month supply (if taken as two tablespoons twice daily as recommended). 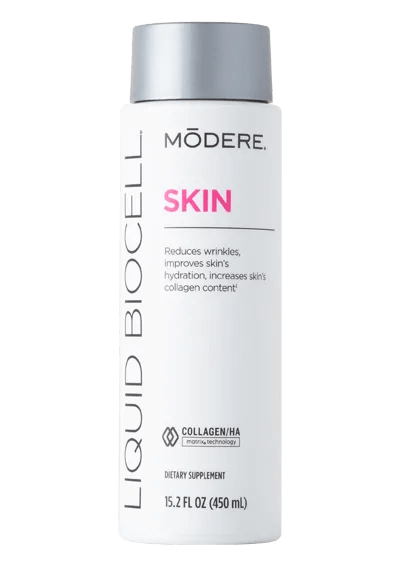 Collagen and hyaluronic acid, the main ingredients, are scientifically proven to support skin and joint health

Established in the 1980s, Modere produces its goods in the U.S. and exports worldwide.

The company directly sells its cosmetics and supplements through its website

Increases the firmness, elasticity, and moisture of the skin

Improves the mobility and lubrication of joints

check Best price
Ready to order? Use this link for a $10 off coupon. (Use Smartship and save up to 15%; you can cancel at anytime.) 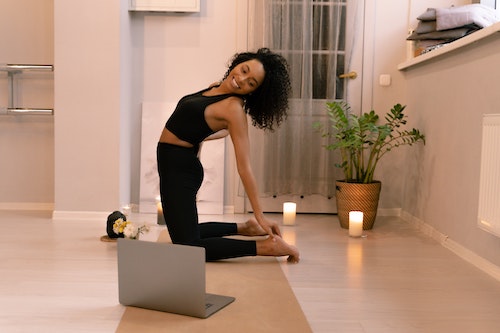 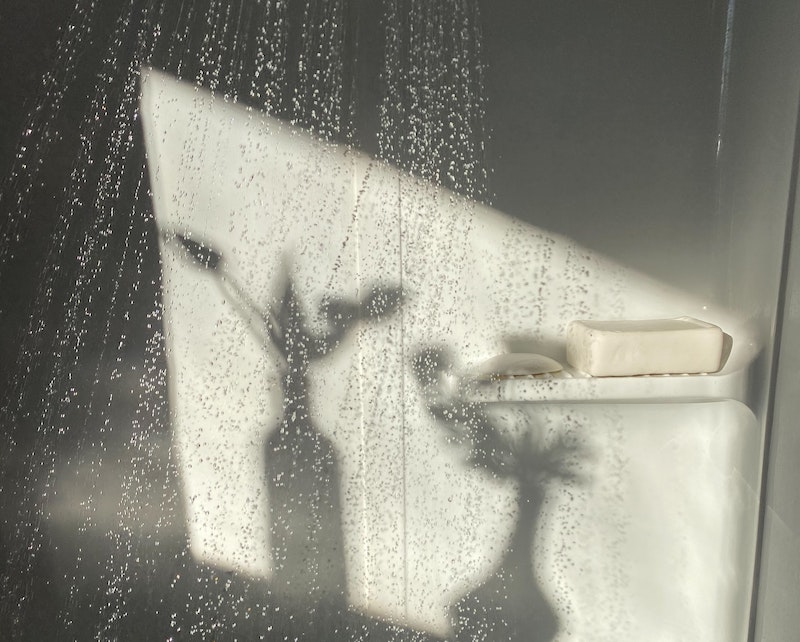 Cold Showers for Anxiety: Do They Really Work? 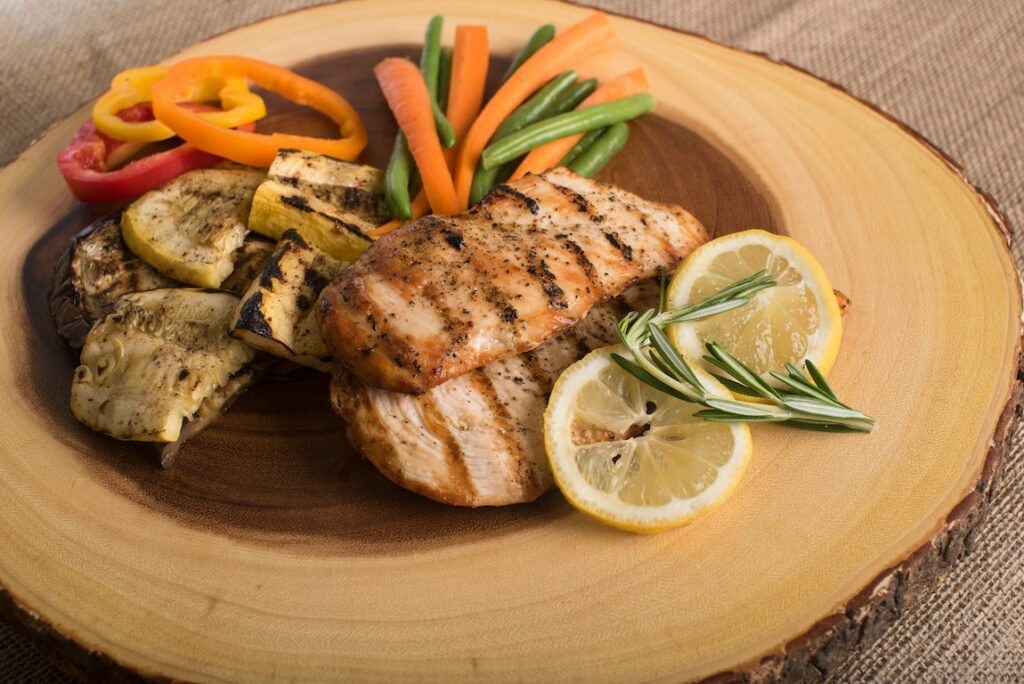 How Does Protein Help with Weight Loss? 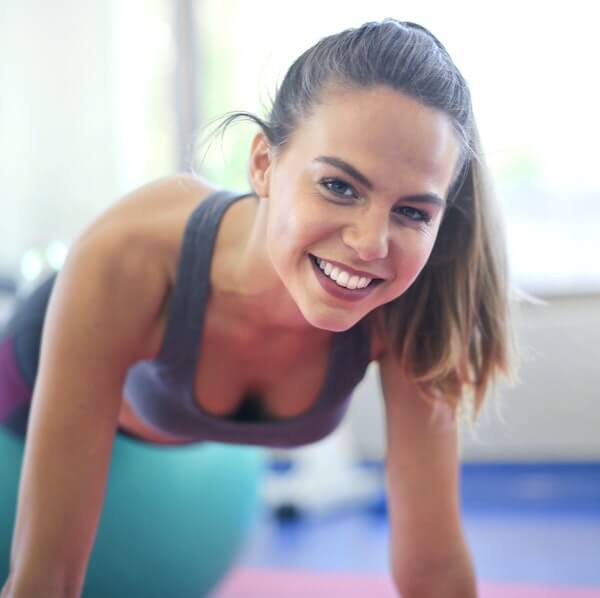 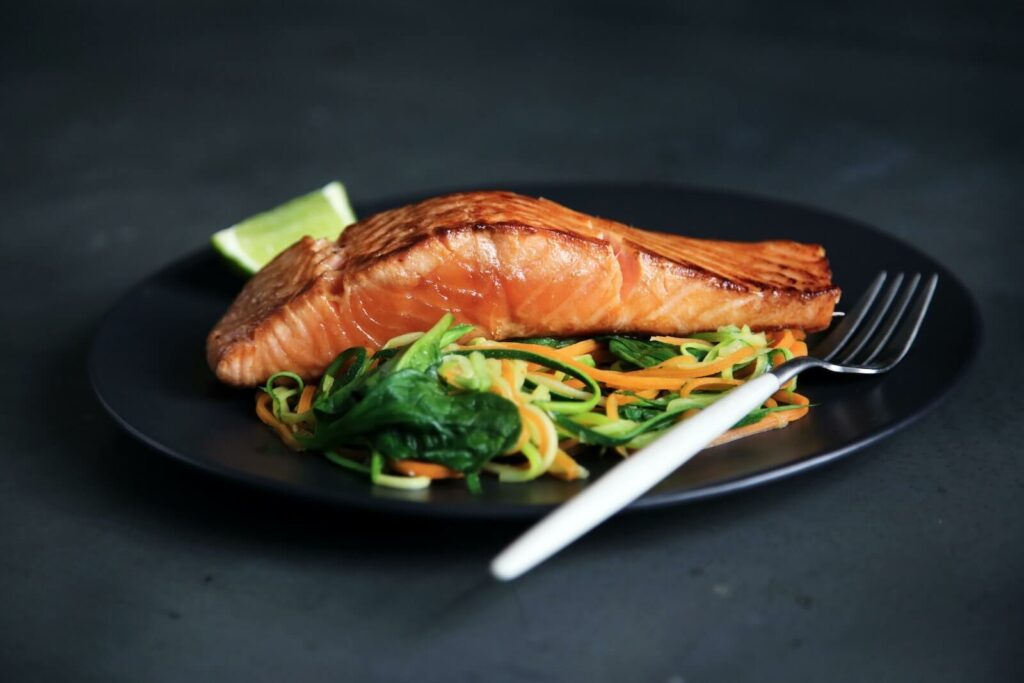 Best Diet for Brain Health: 6 Foods that Can Sharpen Your Mind 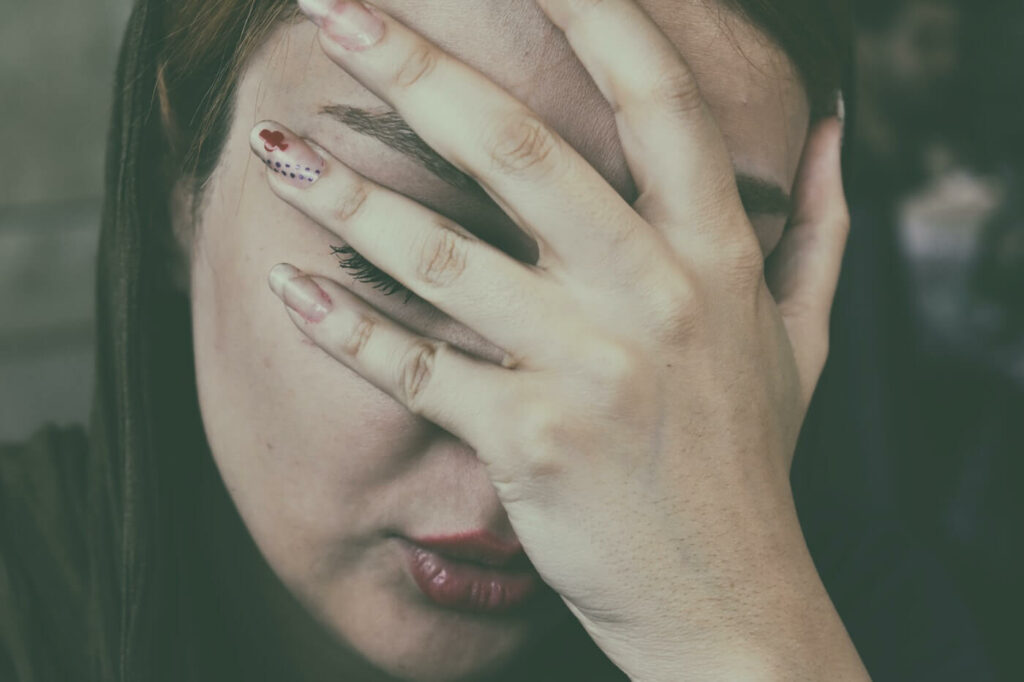 Anxiety & Weight Gain: Is There a Connection? 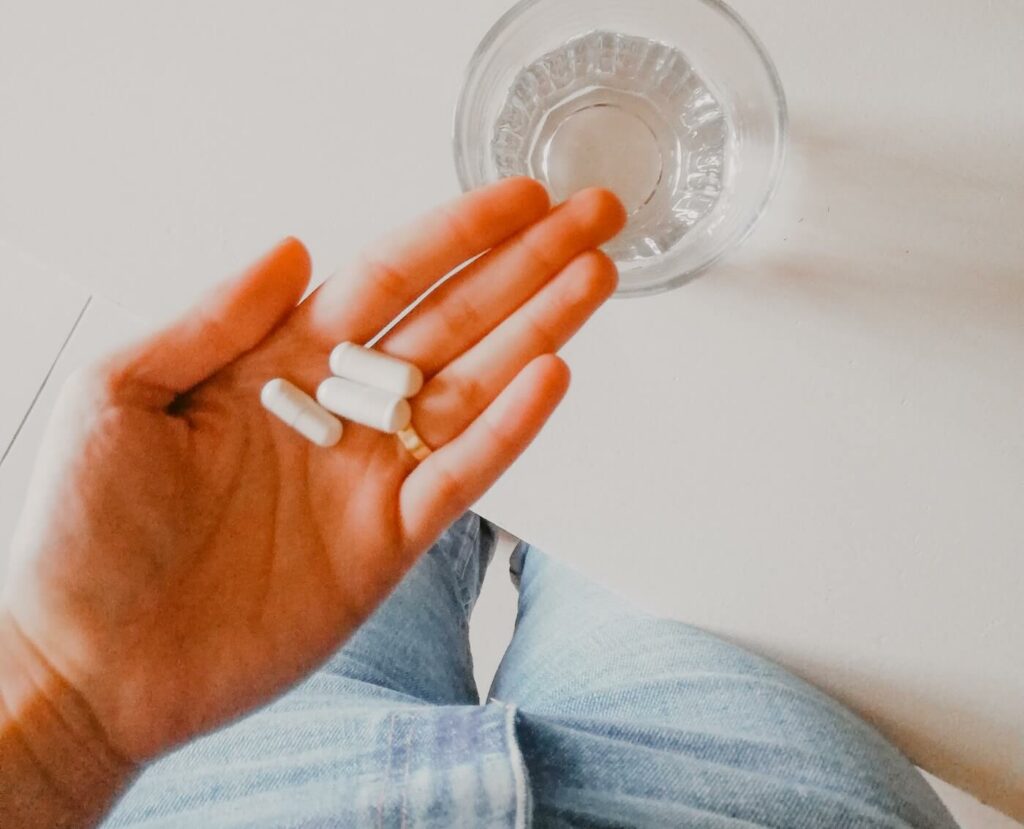 4 Things to Look For in a Probiotic 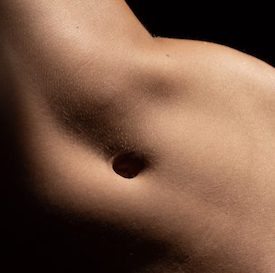 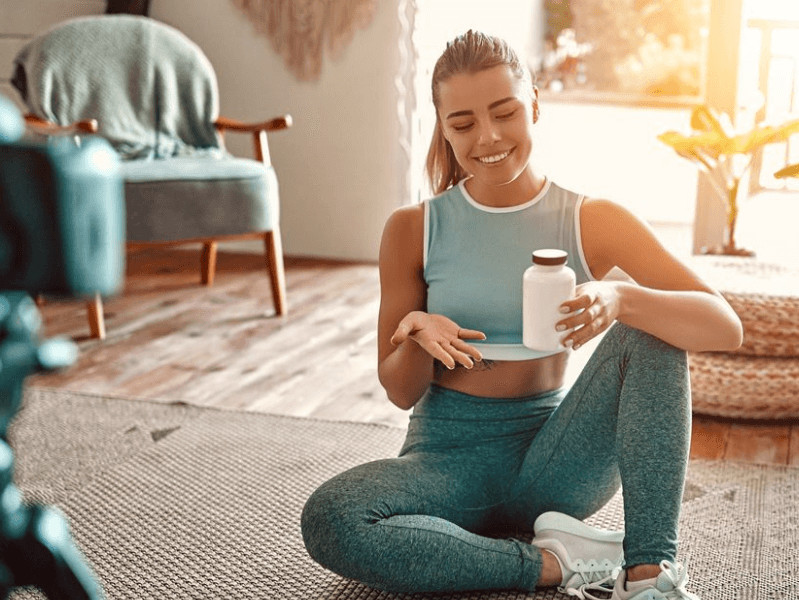 Is CLA Good for Weight Loss? 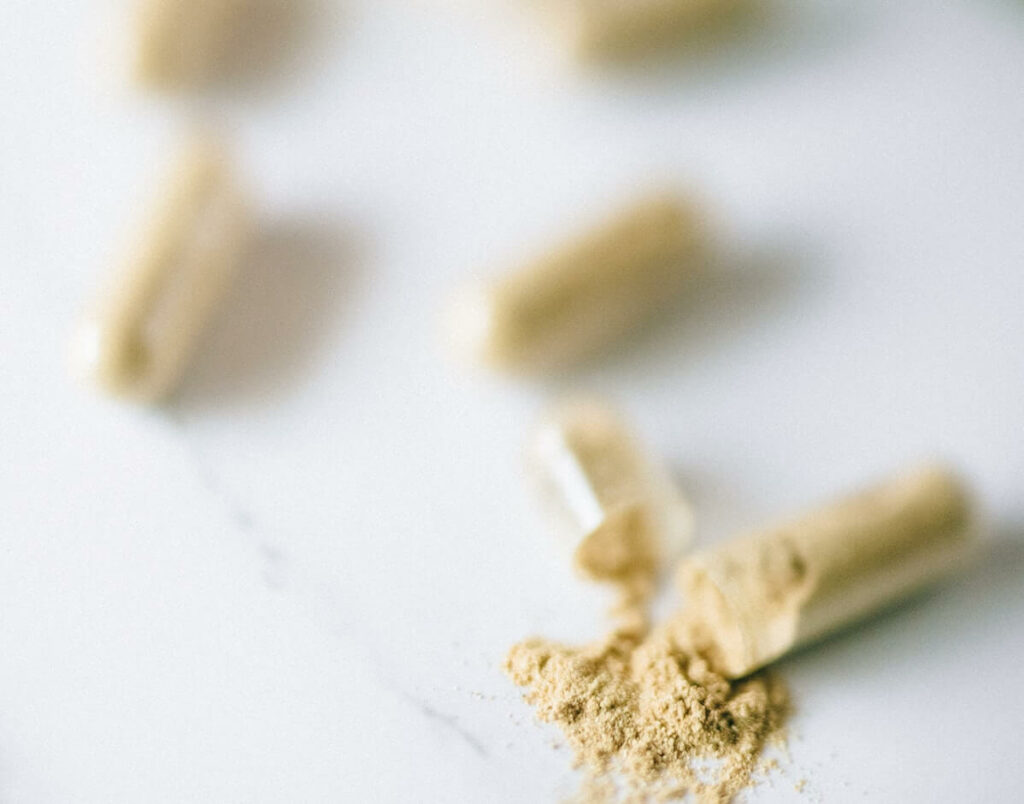 Do Any Diet Pills Really Work? Here’s What to Know

Find Us on Social Media 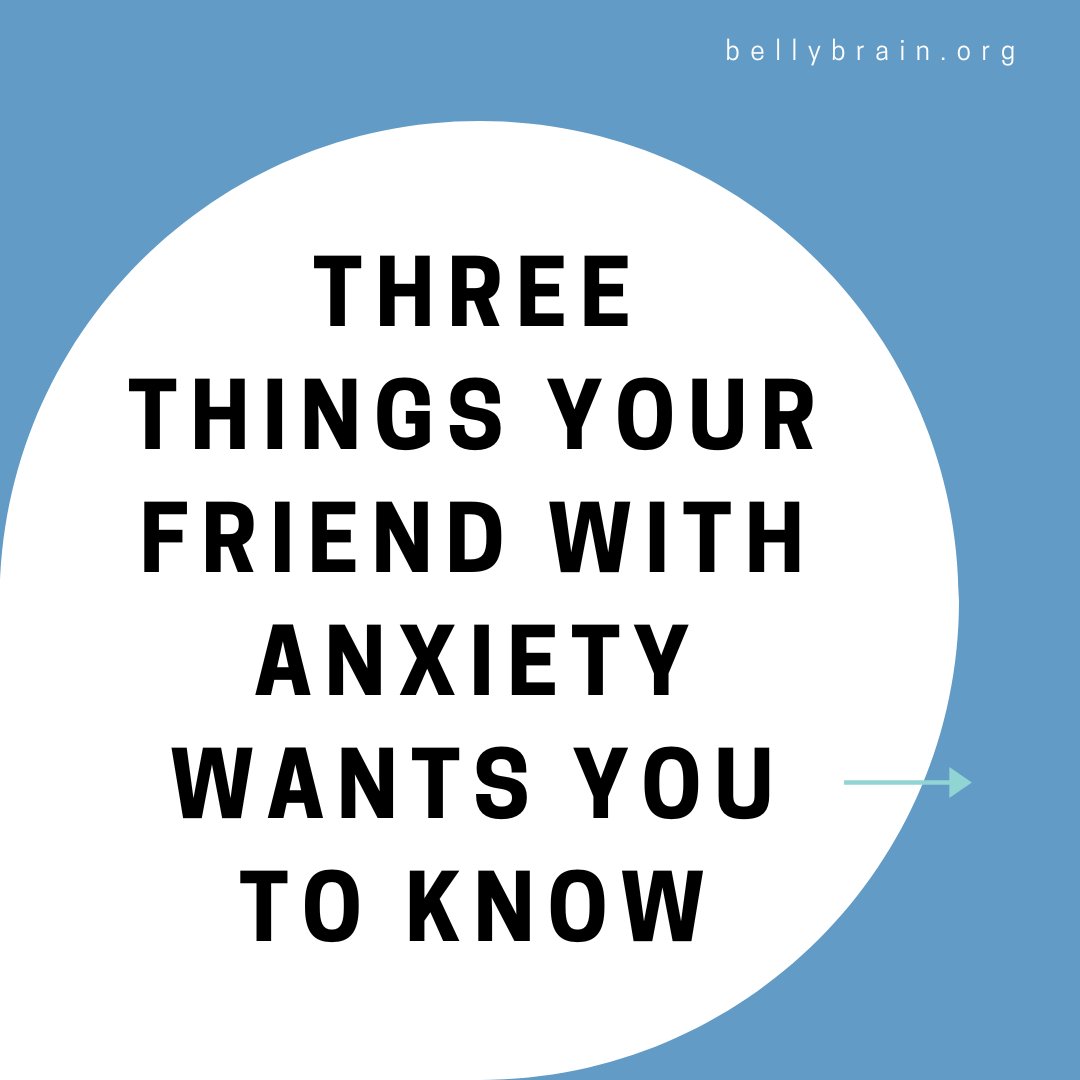 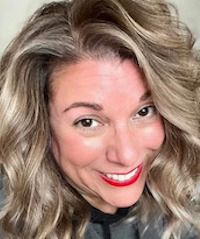 Sonja Schoonenberg is a Registered Dietitian, Nutritionist and Certified Diabetes Educator. Having worked in corporate America for many years she quickly realized that her passion and fulfillment wasn’t in a traditional job. Thirteen years ago, she fell in love with entrepreneurship. She created Dietitian With A Mission in her relentless determination to help others. 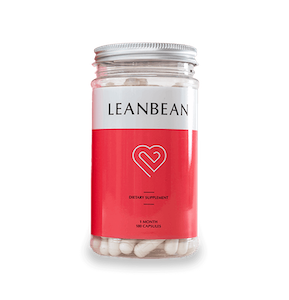 Affiliate advertising disclosure: we include affiliate links in review articles that may generate income for our site when you click on them. Compensation we receive from advertisers does not influence any recommendations our editorial staff provides.